Norah Jones / "Not Too Late" 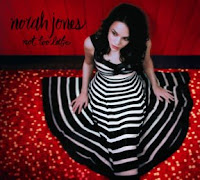 I'm not a big fan of country music. Always thought it's a bit too corny. But there's something about Norah Jones' last album - Not Too Late - that made me hang on to it, though it does often sound countryish. It might be because I missed that mixture of light guitar strings, soft piano and mellow voice. I probably haven't heard it since Jewel's old albums and maybe some of Alicia Keys' early pieces. Plus lyrics are pretty good too.

Personal favorite: Rosie's Lullaby. You can hear it here (if you have tzeava) or here (if you don't really; ah, and ignore images).

Email ThisBlogThis!Share to TwitterShare to FacebookShare to Pinterest
Labels: music