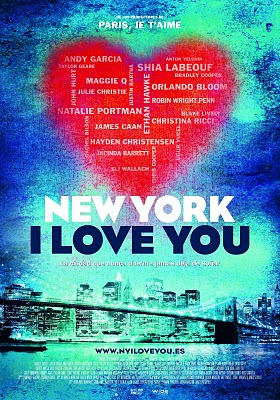 "Jumpy, edgy, a bit hostile, almost obsessive about being funny whatever the circumstances. New York voices." This is how DeLillo used to describe the way his characters talk, in an old interview from Paris Review. A language spoken by "urban men and women who live together, who know each other’s speech patterns and thought patterns and finish each other’s sentences or don’t even bother because it isn’t necessary". And though DeLillo certainly isn't among the screenwriters behind New York, I Love You, I think his observations often fit the profile of the characters featured in this collage made up of 11 short films. I'm thinking especially at Robin Wright Penn & Chris Cooper playing the worn-out couple engaged in a dangerous game of renewal while sharing cigarettes and provocative lines in the dark, on a cold New York street. But also at the ethnic undertones of the segments directed by Mira Nair and Fatih Akin. Or at the familiar melange of crankiness and affection of the old couple that travels to Brighton Beach for a breath of ocean air that brings up warm memories. 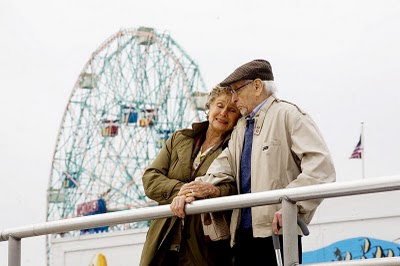 New York, I Love You might be a bit disappointing if you watch it after the first part from the Cities of Love series - Paris, je t'aime, as it seems less coherent and able to recreate the city in all its multiple facets. But, nevertheless, I'd say it's worth the effort.