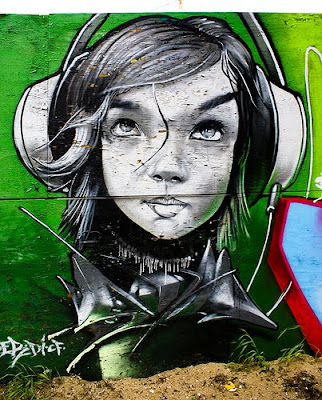 Browsing through Monsieur B.

[...] graffiti runs contrary to all media and advertising signs, although they might create the illusion, on our city walls, that they are the same incantation. Advertising has been spoken of as a 'festival', since, without it, the urban environment would be dismal. But in fact it is only a cold bustle, a simulacrum of appeal and warmth, it makes no contacts, it cannot be revived by an autonomous or collective reading, and it does not create a symbolic network. [...]

[...] The city is a 'body without organs', as Deleuze says, an intersection of channelled flows. The graffitists themselves come from the territorial order. They territorialise decoded urban spaces -- a particular street, wall or district comes to life through them, becoming a collective territory again. They do not confine themselves to the ghetto, they export the ghetto through all the arteries of the city, they invade the white city and reveal that it is the real ghetto of the Western world.

A linguistic ghetto erupts into the city with graffiti, a kind of riot of signs. 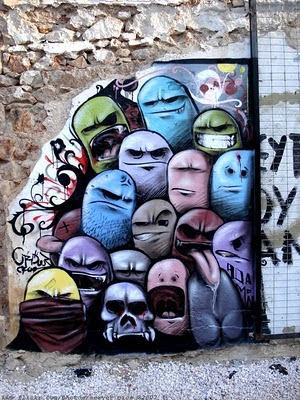 Photos from here and here.